Jokes seniors like is one of our favorite things to share. Don’t get me wrong. We definitely enjoy sharing vital information on a number of different subjects. And that’s because information is king, and we all need it to get thru life. But it’s almost as amazing to share a good joke and laugh. There’s very few things in life as rewarding as a smile.

Since this is the third page, this page has a lot of different Jokes For Seniors, it’s probably the longest of all the jokes pages. There’s a number of jokes on this page, some even have titles. Please feel free to share this page with friends and make sure everyone gets in on the laughs. We are constantly searching for new material and we also enjoy when our readers share jokes with us. Simply use the Contact S.O.M. link in the menu at the top of the page and submit your favorite joke.

We’ll review your joke and if it’s approved we’ll post it on one of many Jokes For Seniors pages. Just keep in mind, even though this site is directed at seniors, we like to keep our jokes clean and non-racial. We want everyone in the family to be able enjoy and share the jokes.

Enjoy reading the jokes, one-liners and puns we’ve published on this page and the other joke pages. Don’t be afraid to tell your friends and family where you found them either. We could all use a good laugh. More often than we may think.

I feel like my body has gotten totally out of shape, so I got my doctor’s permission to join a fitness club and start exercising. I decided to take an aerobics class for seniors. Then I bent, twisted, gyrated, jumped up and down, and perspired for an hour. But, by the time I got my leotards on, the class was over.

Just before the funeral services, the undertaker came up to the very elderly widow and asked, “How old was your husband?” “98,” she replied. “Two years older than me.” “So you’re 96,” the undertaker commented. She responded, “Hardly worth going home, is it?

I’ve sure gotten old! I’ve had two bypass surgeries, a hip replacement, new knees. Fought prostate cancer and diabetes. I’m half blind, can’t hear anything quieter than a jet engine, take 40 different medications that make me dizzy, winded, and subject to blackouts. Have bouts with dementia. Have poor circulation; hardly feel my hands and feet anymore. Can’t remember if I’m 85 or 92. Have lost all my friends. But, thank God, I still have my driver’s license.

A reporter was interviewing a 104-year-old woman: “And what do you think is the best thing about being 104?” the reporter asked. She simply replied, “No peer pressure.”

An elderly Florida lady did her shopping and, upon returning to her car, found four males in the act of leaving with her vehicle. She dropped her shopping bags and drew her handgun, proceeding to scream at the top of her voice, “I have a gun, and I know how to use it! Get out of the car!” The four men didn’t wait for a second invitation. They got out and ran like mad.

The lady, somewhat shaken, then proceeded to load her shopping bags into the back of the car and got into the driver’s seat. She was so shaken that she could not get her key into the ignition. She tried and tried, and then it dawned on her why.

A few minutes later, she found her own car parked four or five spaces farther down. She loaded her bags into the car and drove to the police station. The sergeant to whom she told the story could not stop laughing. He pointed to the other end of the counter. There were four pale men reporting a car jacking. They described the assailant as a mad, elderly woman described as white, less than five feet tall, glasses, white hair and carrying a large handgun.

A man was sitting on the edge of the bed, observing his wife turning back and forth, looking at herself in the mirror. Since her birthday was not far off, he asked what she’d like to have for her birthday. I’d like to be six again, she replied, still looking in the mirror.

On the morning of her birthday, he arose early, made her a nice big bowl of Lucky Charms, and then took her to Six Flags theme park. What a day ! He put her on every ride in the park; the Death Slide, the Wall of Fear, the Screaming Monster Roller Coaster…everything there was. Five hours later they staggered out of the theme park. Her head was reeling and her stomach felt upside down. He then took her to a McDonald’s where he ordered her a Happy Meal with extra fries and a chocolate shake.

Then it was off to a movie, popcorn, a soda pop, and her favorite candy, M&M’s. What a fabulous adventure!

Finally, she wobbled home with her husband and collapsed into bed exhausted. He leaned over his wife with a big smile and lovingly asked, “Well Dear, what was it like being six again?”

Her eyes slowly opened and her expression suddenly changed.

I meant my DRESS SIZE, you dumb ass!

The moral of the story: Even when a man is listening, he is going to get it wrong.

A guy is driving around Nevada and he sees a sign in front of a house: “Talking Dog for Sale.” He rings the bell and the owner tells him the dog is in the backyard.

The guy goes into the backyard and sees a Labrador retriever sitting there.

The Lab looks up and says, “Well, I discovered that I could talk when I was pretty young. I wanted to help the government, so I told the CIA about my gift, and in no time at all they had me jetting from country to country, sitting in rooms with spies and world leaders, because no one figured a dog would be eaves dropping. I was one of their most valuable spies for eight years running.”

“But the jetting around really wore me out, and I knew I wasn’t getting any younger so I decided to settle down. I signed up for a job at the airport to do some undercover security wandering near suspicious characters and listening in.” “I uncovered some incredible dealings and was awarded a batch of medals.”

“And, I got married, had a mess of puppies and now I’m just retired.” The guy is amazed.

He goes back in and asks the owner what he wants for the dog. “Ten dollars,” the owner answers.

The guy says, “Ten dollars?” “This dog is amazing, why on earth are you selling him so cheap?”

“Because he’s a liar, he never did any of that stuff!”

Hopefully these Jokes Seniors like gave you a good chuckle. That’s all we’re trying to do, ladies and gentleman. Share a good laugh with our Sr. Citizen, Caregiver and Pre-Sene friends. Therefore, we hope you share the laughs with some of your friends today, too. After all if these are jokes seniors like today, you might be able to tell them to ’em again tomorrow.

Check out the rest of Jokes For Senior Citizens Pages

Senior Outreach Ministries achieves it’s objectives with the capital we’ve either earned or received from donors. The Proud 2 B A Senior Ribbon for example. Donate $5, get a ribbon and help us help a hungry Senior Citizen in need. All proceeds remain in the Ministries to be used per our mission statement. We are a volunteer church. No one receives a salary or wage. Please help us help less fortunate hungry Seniors. We never have and never will ask the government for grants, funds or hand outs. Thank You in advance.

Trying to Find Something? 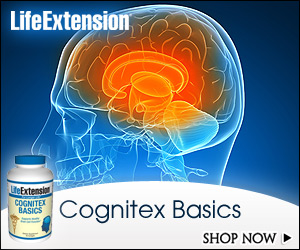